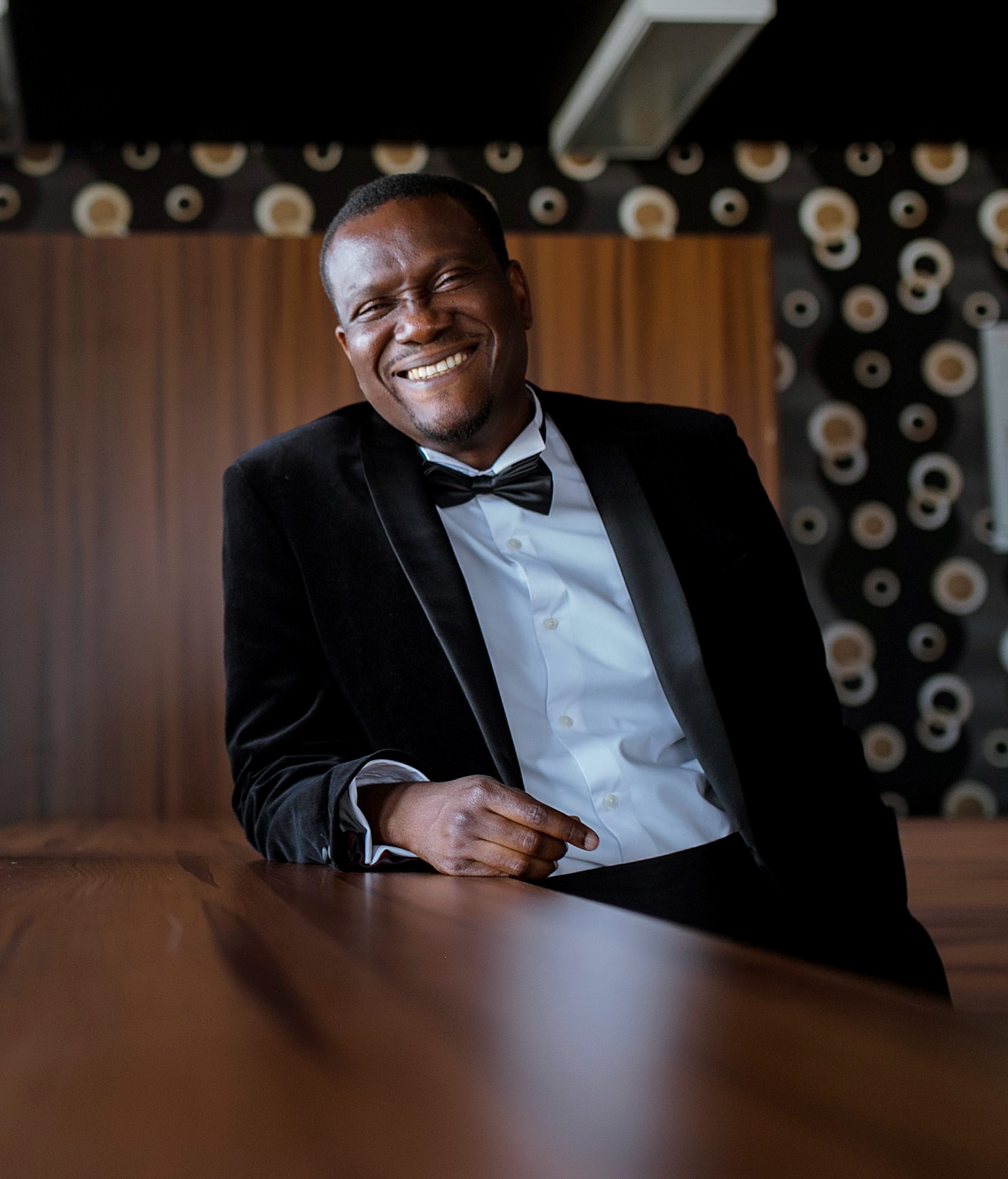 Bariyu Yesufu began learning ventriloquism in 2009 & acquired his first puppet shortly after. Around that time he had begun emceeing and performing comedy at open mic events, in addition to his career as a medical doctor.

A stint in a children’s hospital provided him with the opportunity to experience first-hand the usefulness of puppets with children as a source of entertainment & distraction from unpleasant procedures.

After many months of training and practice, Bariyu started performing ventriloquism publicly in early 2011. His first major performance was at the 2011 Smooth 98.1 FM Luxury Concert followed shortly by Virgin Atlantic 10th Anniversary.

The following year, Bariyu made it to the finals on Season One of Nigeria’s Got talent.

Other platforms where he has featured include Standup Naija & Night of a Thousand Laughs. Corporate performances include brands such as Cowbell, Close-up, HP, Society for Family Health & Coronation Bank. In 2016, he made the decision to leave medical practice and become a full-time entertainer. 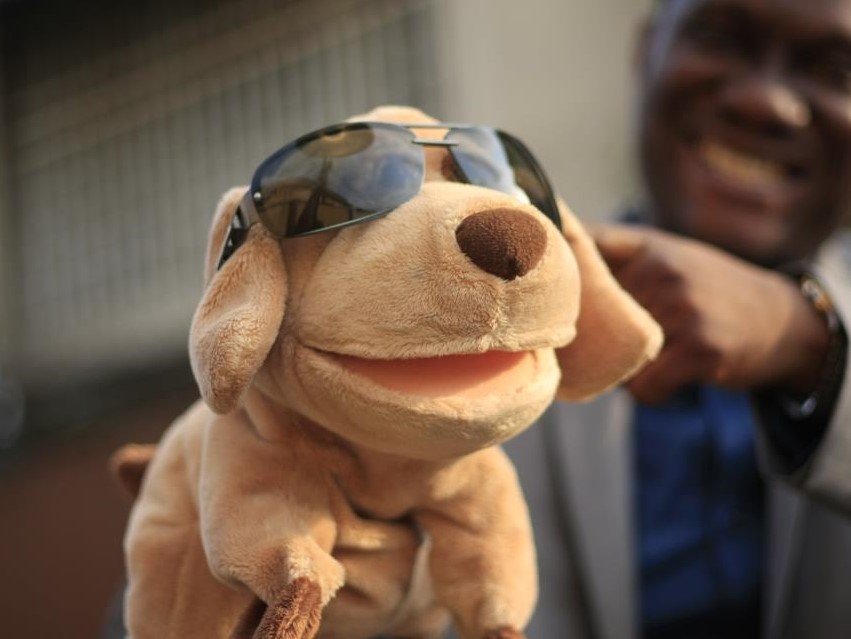 The self-proclaimed “Star of the Show”, this gruff-voiced canine is abrasive, rude, opinionated & audiences love him for it. You’re never sure what Dog is going to say next, but rest assured, it is totally at odds with his cute, cuddly exterior.

Friendly and fun, this playful chicken is a favourite of children. Charlie loves singing and eating cake (especially birthday cakes, which are his favourite food). Although he sometimes can be a little naughty, his antics help bring humour and learning to a wide variety of topics. 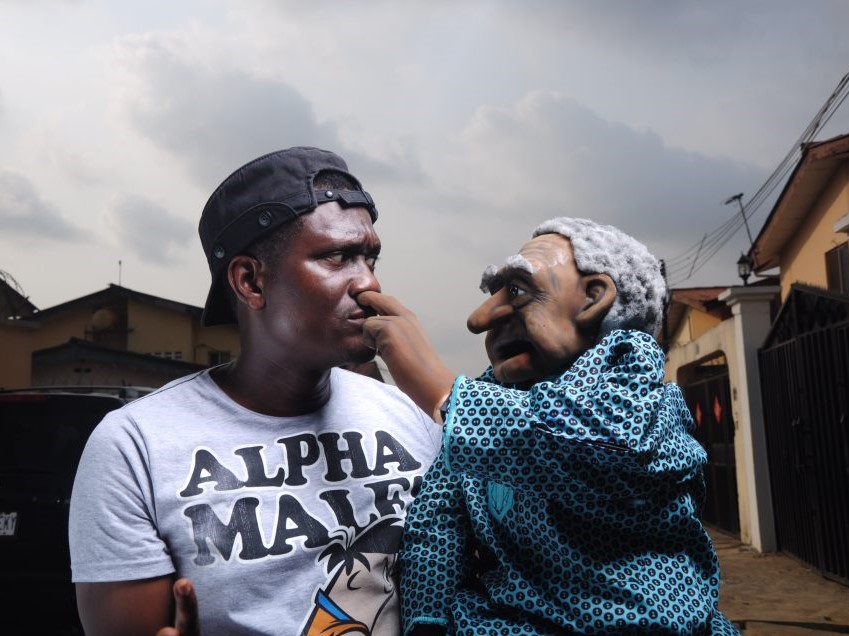 Baba is either a “kind and gentle senior citizen” or “lecherous old man”, depending on who you ask. Most believe he has a heart of gold, if he can remember where he put it. Hard of hearing & dim of sight, he sometimes also forgets where & who he is. The one thing he can never forget is that he likes them young. Baba has finally decided on a career in politics, to make a change and hopefully finance his dream of marrying another young wife. 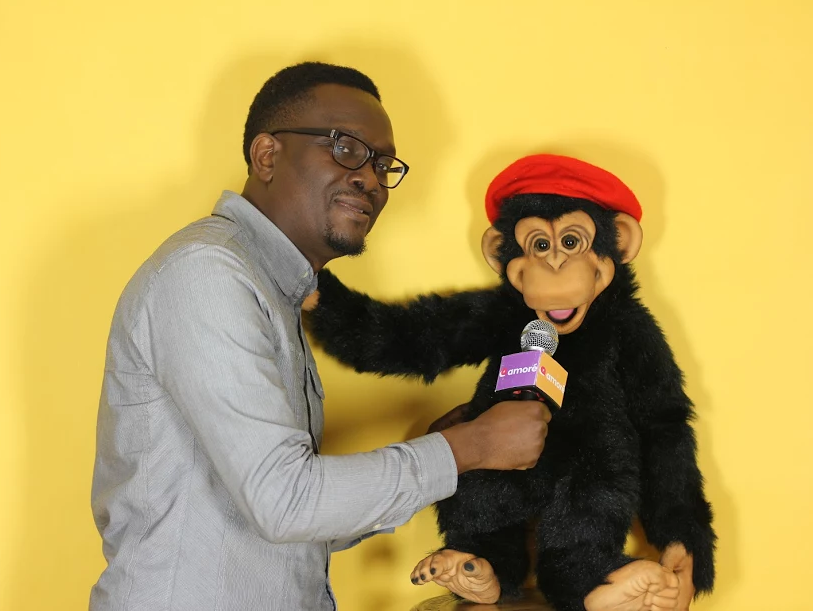 An ex-militant convinced that the problems with the country are down to the humans. He's determined to lead a revolution that will take the nation back and give it to the rightful owners, the animals. He is still trying to explain what an “honest” monkey is doing with ₦70 million.